Showing posts from 2013
Show all

June 04, 2013
THIS PART YOU DON'T KNOW, BUT SHOULD.
AMERICAN VALOR, BENGHAZI, LYBIA: The stunning part of this story is that Tyrone Woods and Glen Doherty killed 60 of the attacking force. Once the compound was overrun, the attackers were incensed to discover that just two men had inflicted so much death and destruction.
The news has been full of the attacks on our embassies throughout the Muslim world, and in particular, the deaths of Ambassador Chris Stevens and three others in Benghazi, Libya.
However, there’s a little known story of incredible bravery, heroics, and courage that should be the top story.
So what actually happened at the U.S. embassy in Libya? We are learning more about this every day. Ambassador Stevens and Foreign Service officer Sean Smith, along with administrative staff, were working out of temporary quarters due to the fact that in the spring of 2011 during the so-called Arab Spring, the United States cut ties with then president Moammar Gadhafi. Our embassy was looted an…
Post a Comment
Read more

April 10, 2013
In Sweden, where they use an innovative waste-to-energy program and highly efficient recycling habits, they have actually run out of trash. In order to continue fueling the waste-to-energy factories that provide electricity to a quarter of a million homes and 20 percent of the entire country's district heating, Sweden is now importing trash from the landfills of other European countries. In fact, those countries are paying Sweden to do so, turning garbage into gold for Sweden.
Persians first began using colored eggs to celebrate spring in 3,000 B.C. 13th century Macedonians were the first Christians on record to use colored eggs in Easter celebrations. Crusaders returning from the Middle East spread the custom of coloring eggs, and Europeans began to use them to celebrate Easter and other warm weather holidays. The origin of the Easter Bunny can be traced back to 13th-century, pre-Christian Germany. The Teutonic deity Eostra was the goddess of spring and fertility, and feasts were…
Post a Comment
Read more 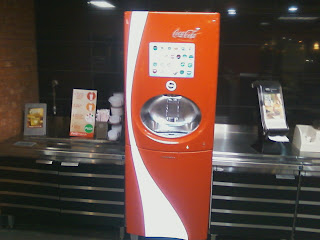 Feast your eyes upon the future of soda fountains. A state of the art touch screen allows for over 100 choices. Belly up and name your poison. Odds are Burger King's got it.

January 25, 2013
TODAY'S MYSTERY QUOTE QUOTE: "A leader is one who knows the way, goes the way, and shows the way."
HINT: (1947-), evangelical Christian author, speaker, and pastor who has written more than 60 books, primarily focusing on leadership.
RANDOM TIDBITS John F. Kennedy was the last president to attend his inauguration ceremony in a stovepipe hat.
John Quincy Adams was the first president to wear long trousers to his inauguration ceremony (breaking a tradition of colonial breeches).
During his Inaugural Parade, President Eisenhower was lassoed by a cowboy.
The Constitution does not require the president to swear on a bible, but it's been tradition from the beginning, thanks to George Washington.
Washington also holds the record for shortest speech at just 135 words. In 1841, William Henry Harrison gave the longest speech. It lasted almost two hours in freezing temperatures. As a result, Harrison would last about another month before dying of pneumonia.
In 1921, Warren Hardi…
Post a Comment
Read more

January 25, 2013
*---- Quotes For The Week ----* I believe that unarmed truth and unconditional love will have the final word in reality. This is why right temporarily defeated is stronger than evil triumphant.--Dr. Martin Luther King, Jr.
You don't get product knowledge for the benefit of the customer, but for the benefit of yourself. If you know your product from A to Z you will have a feeling about it that is difficult to describe. You will be so positively charged, so fortified, so strengthened in your own mental attitude that you will be both irresistible and unconquerable.--Arthur Dunn
In considering war, we must avoid that adoration of the material as exemplified by scientists who deny the existence of aught they cannot cut or weigh...--George S. Patton
**--- MYSTERY QUOTE ---** Every man must decide whether he will walk in the light of creative altruism or in the darkness of destructive selfishness. See at the bottom for the answer.
*---- More Quotes for the Week ----* Dry knowledge, like dr…
Post a Comment
Read more

January 25, 2013
Mind Scrambler I have three eyes, all in a line.
When the red one opens, all freezes.
What am I?
Check below for the answer.
TODAY'S MYSTERY QUOTE QUOTE: "The art of being wise is the art of knowing what to overlook."
HINT: (1842-1910), American philosopher and psychologist who had trained as a physician.
RANDOM TIDBITS The word "taxicab" is an abbreviated version of its original name, taximeter cabriolet. The term was first used for horse-drawn carriages that charged for rides and later applied to automobiles employed for the same purpose.
Checker Motors, long the nation's leading manufacturer of taxis, was one of the very few automakers to really hold its own during the Great Depression. With fewer Americans able to afford their own cars, the option to call a cab for transportation became more important.
Many sources rank the live audience's reaction to Rev. Jim Ignatowski's repeated utterance, "What does a yellow light mean?" on a 1979 ep…
Post a Comment
Read more 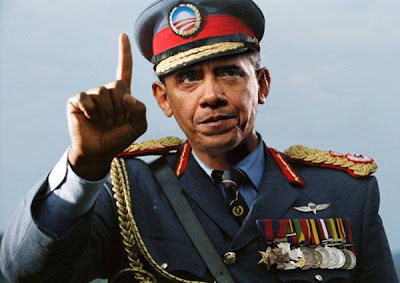 This may look good in your dining room:Although if you ask me it really belongs in the bathroom right over the commode. But that's just me.
Post a Comment
Read more

Just How Did This Happen? 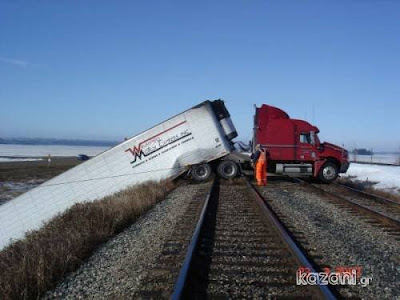 Have you ever slapped your forehead and asked yourself, "Just how the hell did this happen?"It's that last one that really has me wondering.
Post a Comment
Read more
More posts

Timmersomething
McKinleyville, California, United States
I'm 42, single, have no children but i have a small army of nieces and nephews of all ages.

{Party With The Animals}{Ozzy Osbourne}

{Pass The Dutch (Feat. Evidence And The Alchemist)}{Cypress Hill}